Documentation from Inside China

After Losing Her Unborn Child, English Teacher Dies From Years of Persecution 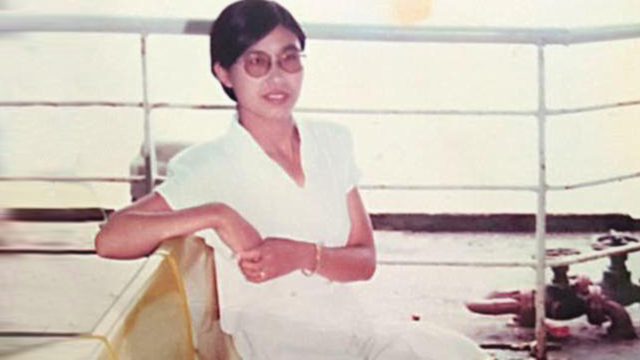 Targeted for her eloquence, a 53-year-old teacher passed away after 10 years of torture, including an attempted forced abortion and being repeatedly injected with nerve-damaging drugs.

Ms. Li Fengmei, a former English teacher from Yingkou City, Liaoning Province, passed away on December 11, 2019. For over two decades she was repeatedly arrested, illegally detained, and tortured for her faith in Falun Gong. She was 53 years old.

Falun Gong, also known as Falun Dafa, is an ancient spiritual and meditation discipline that has been persecuted by the Chinese Communist Party (CCP) since 1999.

According to Minghui.org, when Ms. Li was arrested in July 2002 and taken to the Yingkou Detention Center, it was discovered she was two months pregnant, so police ordered the doctors to perform an abortion on her.

For the safety of herself and her unborn child, she was forced to go on the run, only to have her unborn baby die in her womb due to the harsh living conditions on the street.

She was fired from her job, her husband divorced her and left her penniless, and Ms. Li was sentenced to a four-year prison term.

At the time of her arrest, the officer bringing her in said they arrested her because of her eloquence and good reputation.

The officer said if she could be forced to renounce her faith in Falun Gong, communist authorities could make use of her “transformation” to coerce others to do the same.

When Ms. Li was on the run to protect her unborn child, police came to arrest her but couldn’t find her, so they arrested her two sisters instead. They both practiced Falun Gong.

Traumatized by their three daughters’ arrests, their mother, Ms. Wang Fuqin, had a stroke and died in March 2004 at the age of 69.

After her mother died, Ms. Li’s father, Mr. Li Kunlian, went insane. Every day after dusk, he would step outside his house with a knife and shout at the “bad guys” he thought were coming to take away his loved ones. He died five years later at the age of 71.

Protesting her illegal detention, she refused to answer police officers’ questions unless her handcuffs were removed. Police responded by smothering her with a blanket and having three officers beat her severely.

One officer told the deputy director that no interrogation record had been made, and the director replied, “Cases related to Falun Gong are easy to handle. You can write down whatever you want to make up.”

Ms. Li was then held at Bayujuan Detention Center for 13 months.

To protest her arbitrary detention, and with no other legal recourse, Ms. Li went on a hunger strike demanding that she be released.

Afterwards Ms. Li developed a fever, her body began shaking, and she was profusely sweating due to the pain from torture. A doctor at the Bayujuan Hospital declared her condition life-threatening, but the head surgeon who tortured her refused to notify her family.

Later, while “treating her condition” with an intravenous injection, the head surgeon Gao injected her with unknown drugs, causing Ms. Li to suffer from memory loss.

When the abuse of Ms. Li was exposed on Minghui.org, as retaliation the guards ordered inmates to continually torture her. On September 24, 2003, an inmate named Sheng Ying severely beat Ms. Li causing her left eardrum to rupture.

Repeated beatings and torture from the head surgeon, guards, and inmates caused swelling on Ms. Li’s head, face, and lymph system. She had a constant fever with nausea, coughing, and dizziness. The force-feeding also led to organ injury in her digestion system, which caused an intestinal obstruction, and she almost died several times.

Although Ms. Li had been sent to Bayujuan Hospital four times for rescue, officials blocked the information and prohibited family visitation.

Over the next ten years, Ms. Li was repeatedly tortured by the head surgeon Gao Rizheng, who added nerve-damaging drugs to her food and IV, leading Ms. Li to suffer memory loss, hair loss, difficulty breathing, the inability to walk, and sensory organ breakdown.

Several times when Ms. Li was on the verge of death, the detention center officials and doctors ordered her medical parole, but head surgeon Gao blocked it and tried to transfer her to Liaoning Women’s Prison instead. After several failed attempts, on Sept 22, 2014, through personal connections he was successful at getting her admitted to the prison.

The severe torture of Ms. Li continued in prison for several years. According to Minghui.org, she was shocked with electric batons, both her arms were broken, and her neck became infected, oozing pus and blood for a long time. She was also placed into forced labor despite having trouble walking and having wounds all over her body.

When Ms. Li was finally released from prison, her employer refused to hire her back and she had to rely on relatives to survive. After living for years in tremendous agony from torture and persecution, she passed away in late 2019.

Before the persecution of Falun Gong began in 1999, she was so popular with students that some even transferred schools to attend her class.

The Lives of Two Sisters Destroyed by Persecution