Documentation from Inside China 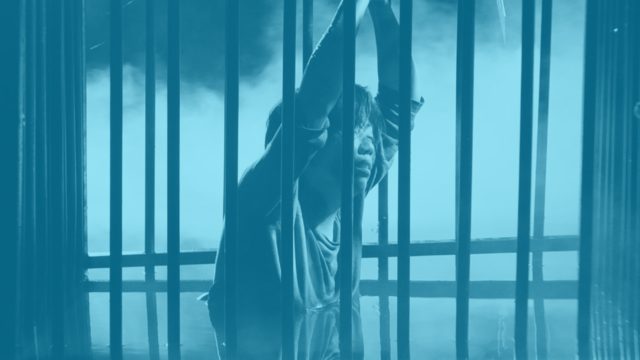 A woman in Sichuan province loses her grandmother, her father, and then her own life to the Communist regime’s persecution of Falun Gong.

A music teacher’s family from Mianyang City, Sichuan Province, had all been repeatedly harassed, imprisoned, and tortured for not giving up their faith in Falun Gong.

Her grandmother died first from the persecution. Then her father died. On February 11, 2020, after six years of severe abuse and torture in prison, Ms. Zhang Yan was the third in her family to die a result of the persecution of Falun Gong.

Falun Gong, also known as Falun Dafa, is an ancient spiritual and meditation discipline that has been persecuted by the Chinese Communist Party (CCP) since 1999.

Ms. Zhang Yan was a music teacher at Mianyang City 11th Middle School. She took up Falun Gong in 1998 and her chronic respiratory problems, hemorrhoids, arthritis, and neurological problems disappeared.

Having benefited so much from the practice, despite the ongoing persecution she wanted people to know the truth about Falun Gong.

So on July 22, 2000 she went to Tiananmen Square in Beijing to speak up for her belief and was arrested. She was charged 8,500 yuan, three months of her salary, by police, and was placed in Mianyang City Detention Center for 17 days.

She was arrested again with her mother in October 2000 in Beijing for doing the Falun Gong exercises in public. After police from her hometown took them back, they deducted 5,930 yuan from her mother’s pension and arbitrarily sent Ms. Zhang to Nanmusi Women’s Forced Labor Camp for a year.

In the labor camp, Ms. Zhang was locked in her cell and forced to stand with her arms up against the wall for 12 hours each day. Her fingers deformed as a result of the physical strain. Despite that she was still forced to do intensive labor, including selecting pork hair for brushes and packaging medicine.

Besides physical punishments and brainwashing, Ms. Zhang wasn’t allowed to clean herself and contracted scabies as a result. She was also fired by her school.

On December 6, 2007, Ms. Zhang and her parents visited her brother, Mr. Zhang Chunbao, who was serving an eight-year term in Deyang Prison for practicing Falun Gong. The police arrested her without a warrant and held her in the Beichuan County Detention Center.

Ms. Zhang was taken to a hotel three weeks later, where she was interrogated and tortured for three days without sleep.

It was reported that the authorities suspected Ms. Zhang of providing information to the Minghui website about the persecution of her brother, and so she was arrested in retaliation.

Ms. Zhang was transferred to a hotel on January 4, 2008 and interrogated for nine consecutive days by 14 officers.

While she was incarcerated, the police broke into her home and rental apartment and ransacked both places while stealing her belongings.

Ms. Zhang was later transferred to the Mianyang Detention Center. She was tried by the Peicheng District Court and sentenced to five years in Jianyang Women’s Prison in October 2008.

A prison guard turned all the cell mates of Ms. Zhang against her by threatening to punish them if they didn’t force her to give up Falun Gong. As a result, her cell mates monitored her around the clock and abused her.

If Ms. Zhang didn’t finish her work at the sweatshop during the day, she had to stand still until 1:00 a.m. next day. She had to copy the prison rules every night and slept only two to four hours. If she refused she didn’t get to sleep at all.

Upon being released in December 2012 after five years of torture, Ms. Zhang’s fingers were mutilated and she couldn’t play the piano or teach music anymore.

Agents from the Mianyang 610 Office continued to harass her, forcing her to live on the run to avoid further persecution.

Years of torture, imprisonment, and living in constant fear for her safety took a serious toll on Ms. Zhang’s mental and physical health. She passed away on February 11, 2020.

The original version of this article was published on Minghui.org:
https://en.minghui.org/html/articles/2020/4/6/183928.html

27 Practitioners Die from Persecution Between January and May, 2020