Persecution in China » Abductions and Imprisonment 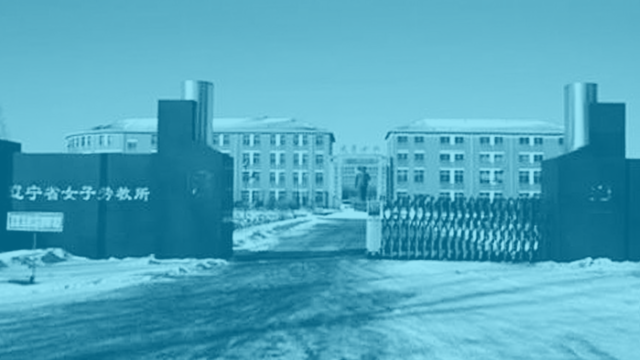 According to information compiled by Minghui.org, another 139 Falun Gong practitioners were confirmed to have been sentenced to prison for their faith since July 2018.

Falun Gong, also known as Falun Dafa, is a spiritual discipline based on the principles of Truthfulness-Compassion-Forbearance. Since the CCP started persecuting the practice in July 1999, many practitioners have been subjected to arrest and detention, imprisonment, torture, forced labor, and even organ harvesting.

Due to the communist regime’s information blockade, the number of Falun Gong practitioners who were sentenced cannot always be reported in a timely manner, nor is all the information readily available.

In particular, 89-year-old Mr. Zhang Xinwei from Bazhong City, Sichuan Province, was sentenced to three years in prison and fined 4,000 yuan on January 7, 2019. Forty other practitioners sentenced in 2019 were also ordered by courts to pay fines totaling 692,000 yuan.

Thirteen of the practitioners who paid fines are in Heilongjiang Province. They were sentenced to prison on February 28, 2019 and fined between 15,000 and 65,000 yuan, with an average of 35,769 yuan per person.

The 109 sentenced practitioners come from 17 provinces and centrally-controlled municipalities. Heilongjiang Province topped the list with 26 cases, followed by Shandong (15) and Jilin (11). Their terms range from six months to thirteen years, with an average of 3.67 years.

Below is a snapshot of some sentencing cases.

Qinhuangdao, Hebei Province: 4 Practitioners Given Heavy Sentences up to 13 Years

Four Falun Gong practitioners in Qinhuangdao City, Hebei Province were sentenced to prison in January 2019, a year and a half after they were arrested for refusing to renounce their faith.

Mr. Zuo Hongtao was sentenced to 13 years, Mr. Wu Wenzhang to 11 years, Ms. Li Guoai to 10 years and Mr. Liu Changfu to 8 years. They have appealed their verdicts to Qinhuangdao Intermediate Court.

Mr. Zuo’s wife, Ms. Cui Qiurong, who does not practice but is supportive of Falun Gong, was sentenced to 19 months. She was released on January 9, 2019, after serving her term.

Except for Mr. Liu, the other four were arrested with Mr. Yang Xiaoyong and Ms. Yuan Sujing, both Falun Gong practitioners, at Mr. Zuo’s real estate office on June 9, 2017. Mr. Liu was arrested an hour later that same day at his own home.

The police didn’t present a search warrant during the raid or provide a list of confiscated items afterward.

Both Ms. Li and Mr. Zuo held hunger strikes to protest their arrest and detention. They were force-fed and suffered declining health. Mr. Zuo was taken to Qinhuangdao Police Hospital for emergency treatment.

Mr. Zuo’s son visited him in the hospital on July 31, a month after he was hospitalized. He suffered from venous insufficiency, muscle atrophy, and heart palpitations. His son applied for medical parole for him, but the authorities turned him down.

Ms. Yuan was released on June 9, 2018, after one year of detention. It wasn’t clear whether she was sentenced.

The prosecutor accused them of “undermining law enforcement,” a standard pretext used by Chinese courts to imprison Falun Gong practitioners.

The practitioners’ lawyers pled “not guilty” on their behalf. They argued that the persecution of Falun Gong was illegal and that the prosecutor failed to present evidence showing how their clients’ practice of Falun Gong obstructed law enforcement.

No prosecution witnesses appeared in court to be cross-examined.

The practitioners also defended their innocence. The bailiffs took pictures of their family members and friends who attended the hearings.

Non-Judicial Agency Pressures Court to Convict 9 Residents for Their Faith, Including Seniors Over 70

Nine Falun Gong practitioners from Bazhong City, Sichuan Province, were convicted on January 7, 2019, three months following their court hearing in November 2018. All practitioners were given prison terms of up to five years and fined.

Six of the practitioners are 70 or older, with two being over 80. They were arrested on December 22, 2017 for not renouncing their faith.

The practitioners, their ages, sentences, and fines are as follows:

A tenth practitioner, Mr. Yang Jiashun, 69, who stood trial with the nine, was acquitted.

The Sichuan Province Political and Legal Affairs Committee (PLAC), a non-judicial agency tasked with the persecution of Falun Gong and given the power to override the judicial system, closely monitored the practitioners’ cases.

Even though prosecutors rejected the cases several times and were unwilling to take part in the persecution, the police fabricated additional evidence at the command of PLAC officials, who threatened to discipline the prosecutors and judges if they failed to prosecute the practitioners.

The PLAC officials also ordered the judge to fine and sentence the practitioners to at least three years, regardless of their age.

Mr. Zhao Xingyou, 79 and Ms. Shi Guizhi, 77, from Harbin, Heilongjiang Province, were sentenced in January 2019 to 3.5 and 4 years, respectively, after they were reported for having a sprayed message that said “Falun Dafa is good” in their own yard.

Mr. Zhao was taken to Hulan Prison, while Ms. Shi was taken to Heilongjiang Province Women’s Prison even though she had some physical conditions and was denied admission to the detention center.

Thirteen Heilongjiang Province Residents Sentenced to Prison for Their Faith

Thirteen Falun Gong practitioners in Heilongjiang Province were sentenced to prison on February 28, 2019 for their faith.

The practitioners appeared in Yilan County Court on July 24, 2018. Their lawyers entered not-guilty pleas for them and argued that there is no legal basis for the persecution of Falun Gong.

Ms. Li Yanqiu, from Jinzhou City, Liaoning Province was sentenced to five years in prison at a secret trial on January 21, 2019. The judge didn’t inform her lawyer of the trial but instead appointed another lawyer to represent her and enter a guilty plea for her.

The 52-year-old woman began to serve time at Liaoning Women’s Prison on February 19, 2019, which happened to be the Lantern Festival, the last day of the traditional Chinese New Year celebrations.

Ms. Li was arrested on December 14, 2018 for distributing informational calendars about Falun Gong. The police ransacked her home and confiscated her computer and Falun Gong books. She was sent to Jinzhou City Women’s Detention Center, where she went on a hunger strike to protest the persecution. She was force-fed, which caused tremendous damage to her body. Neither her lawyer nor family was allowed to visit her.

According to insiders, Ms. Li appeared to be extremely weak during the trial. She was unable to walk by herself and couldn’t express herself clearly.

Ms. Li’s latest ordeal devastated her father, who is in his 80s. The elderly man, who was usually very outgoing, became withdrawn and couldn’t sleep at night upon learning of her imprisonment. He also suffered from frequent nosebleeds, discomfort in his heart, and dizziness caused by high blood pressure.

Six Falun Gong practitioners from Heihe City, Heilongjiang Province, were sentenced to prison by Aihui District Court on January 28, 2019, one week before the Chinese New Year.

Ms. Lu Fengxian was sentenced to 1.5 years; Ms. Zhu Xiuming, Ms. Gao Dinglian, Ms. Liu Chunlan and Mr. Zhang Xiancheng were sentenced to one year and one month; and Ms. Yang Xiuli was given 1 year.

All the practitioners except Mr. Zhang have begun to serve time at Shangzhi Prison on January 29, 2019.

Mr. Zhang has been diagnosed with tuberculosis. He remains at Heihe City Detention Center and is in a precarious condition.

Ms. Lu, in her 60s, ran a rental business in Heihe City. She invited 15 Falun Gong practitioners to her house on June 8, 2018 for a gathering, only to be arrested by the police who had been monitoring her cellphone.

Ms. Li Qinghua, 49, was sentenced to two years in prison and fined 5,000 yuan on February 21, 2019 for mailing a letter with information about Falun Gong to a former colleague.

Ms. Li, a former accountant in Guangzhou City, Guangdong Province, was arrested on August 15, 2017 and detained at Yuexiu District Detention Center for a year before appearing in Haizhu District Court on August 23, 2018.

Ms. Li has been repeatedly persecuted in the past 20 years because of her persistent efforts to speak out for Falun Gong. She lost her job, and her husband was forced to divorce her.

Ms. Gu Jinping, a Danyang City, Jiangsu Province resident, was sentenced to one year in prison by Danyang City Court on February 13, 2019. She was arrested at work on July 4, 2018 for handing out a DVD with information about Falun Gong.

The police ransacked her home, kept her at the detention center for two weeks, and then put her under house arrest.

Judge Zhang Suqin threatened Ms. Gu before her first court hearing that if she didn’t write a statement to renounce Falun Gong, she would be sentenced to 3 to 7 years in prison. Ms. Gu refused to comply.

During the hearing, Ms. Gu requested that the prosecution witness appear in court to accept cross-examination. Prosecutor Zhang Lei responded that it was not necessary for them to summon the witness and that Ms. Gu could talk to him in private after the hearing. Prosecutor Zhang also blamed Ms. Gu for wasting their time and delaying the court session.

Ms. Gu entered a not-guilty plea for herself. She challenged the prosecutor and judge to specify which law has ever criminalized Falun Gong and what law they alleged her to have undermined.

Unable to answer her questions, Judge Zhang adjourned the trial. He sentenced Ms. Gu to one year in prison during her second hearing on February 13 without allowing her to read her prepared defense.